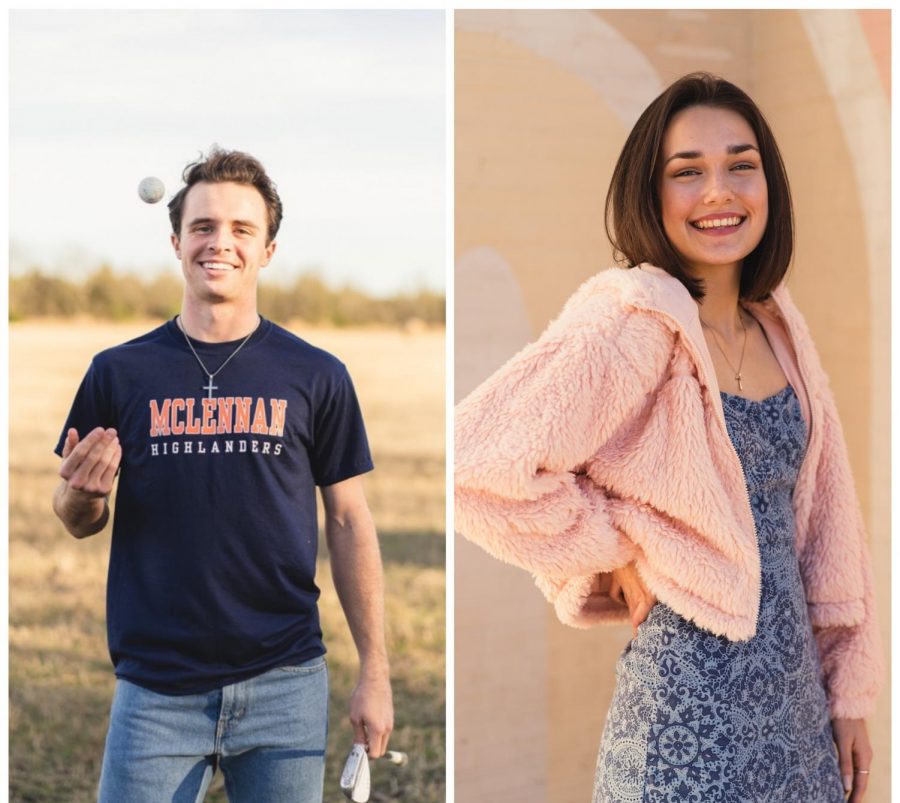 On the left is senior Peter Michael Clark and on the right is senior Avery Young.

Avery Young has attended McKinney Christian Academy since her freshman year. During that time she has been involved in varsity soccer, varsity cross country, varsity track and National Honor Society. Outside of school she spends most of her time working or hanging out with friends. After high school graduation she plans to move to Denver Colorado and take the first semester off of school. Her favorite MCA memories have been the close soccer games over the past four years. A fun fact about Avery Young most people do not know is that she has 26 chickens.

Peter Michael Clark has attended McKinney Christian Academy for the past twelve years. Throughout his time he has been involved in National Honor Society, varsity cross country, varsity golf, yearbook and newspaper. In his free time he enjoys different outdoors activities, playing golf and hanging out with friends and family. Post high school graduation he plans to attend McLennan College where he will continue his golf career while studying Kinesiology with plans to become a physical therapist. His favorite MCA memory was when alumni student Riley Pyle threw a horse apple in the air during cross country practice and it ended up hitting Coach Blue in the head. A fun fact about Peter Michael Clark that most people do not know is that he loves to sing in the shower to George Strait songs.