Middle School Softball Plays in First Game of the Season 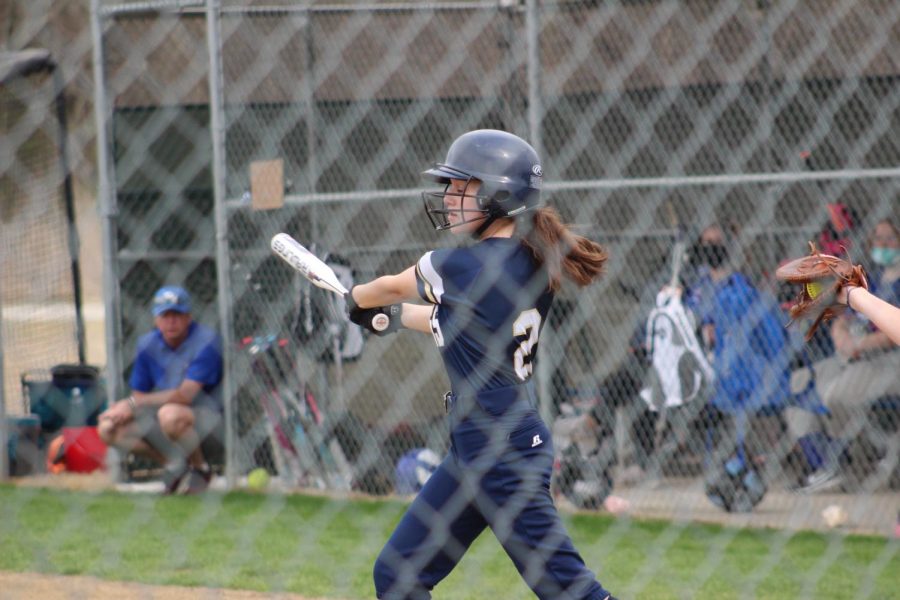 8th grader Ryan Tessier swings the bat looking to get a hit.

The middle school softball team kicked off their season Tuesday, March 16 at home against Trinity Christian Academy. In the end the mustangs fell short, losing 13-3. Seventh graders Ryan Tessier and Sadie Zbranek as well as sixth grader Madison White scored the three runs for the mustangs. Zbranek was on the mound for the mustangs and her as well as Tessier led the team with hits. When asked about her motivation for the season Zbranek stated, “Work as a team, not one. For the rest of the season, talent is nothing without dedication. Work hard, play hard, and love God.” The Mustangs play in their next softball game home against Prince of Peace on Tuesday, March 23rd.