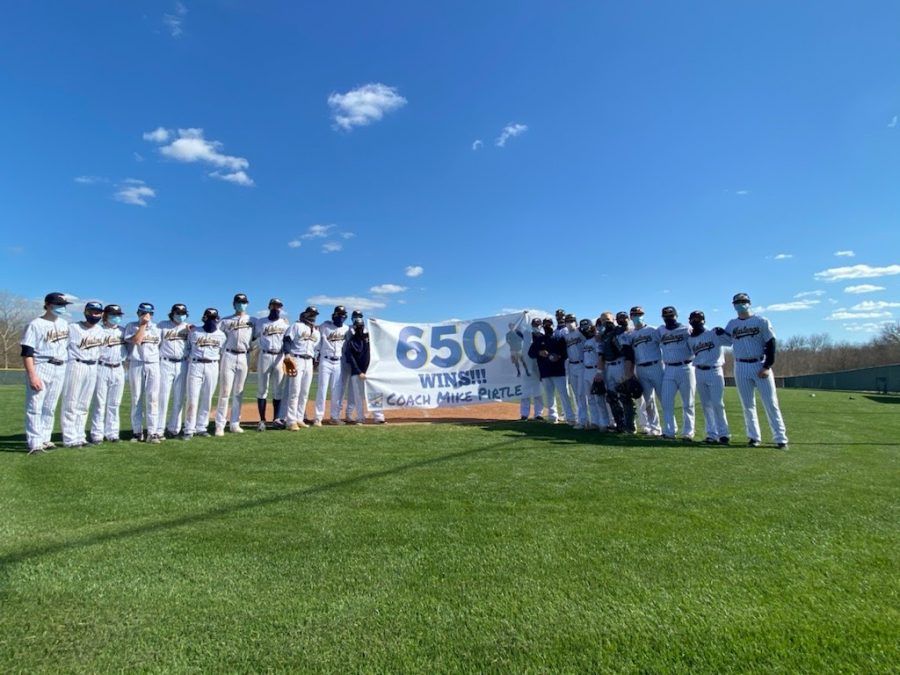 On Tuesday, March 2, 2021, the Mustang varsity baseball team defeated Greenhill 6-3 on their home field earning Head Varsity Baseball Coach Mike Pirtle his 650th career win. Coach Pirtle was honored for his milestone before the home crowd when the Mustangs defeated Miller Grove 10-0. “I’ve had some great players over the years. I’m very blessed to have been their coach.” Pirtle stated when asked about the 650th career win.

Before coming to MCA, Pirtle coached at Spring Hill, Harmony, Caddo Mills, and Tyler Lee. In 2005, he was welcomed into the East Texas Baseball Hall of Fame after winning Coach of the Year several times. Pirtle began his career in 2019 at McKinney Christian with 628 wins in 30 seasons as a head coach, ranking him among the top 15 UIL Texas high school baseball coaches in number of all-time wins. Senior Shane Vanderhagen commented on his impact saying, “In the few years Coach Pirtle has been at MCA, he has taken our program to another level and our team couldn’t have been any luckier to have someone like him coach us up. I know I speak on behalf of the team in saying that we have become better players and better people after spending these years on the field and on campus with him.”

Coach Pirtle leads the Mustangs as they take on Grace Community on Friday, March 26, at Noah Field with an opportunity for a series sweep.