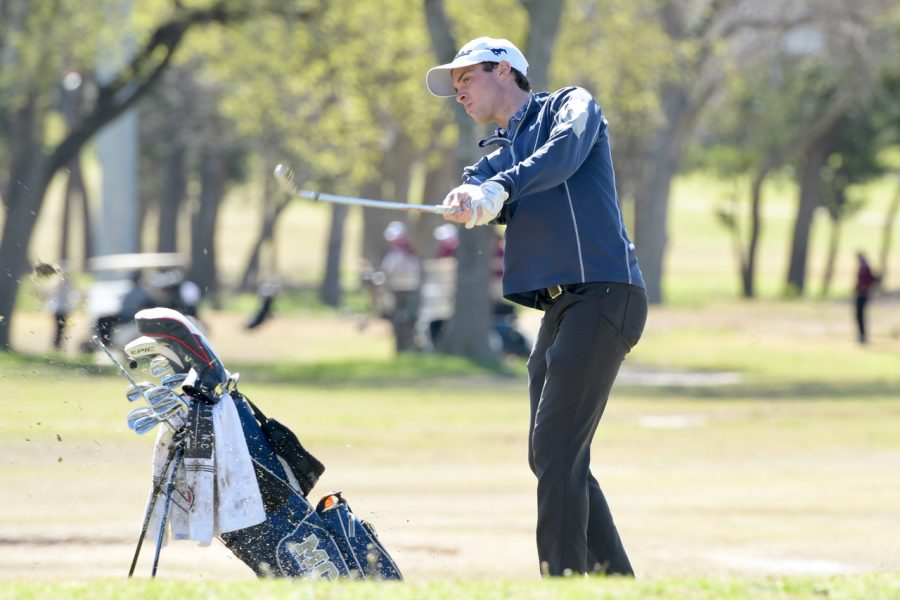 Senior Peter Michael Clark finishing his round with a wedge shot.

On Tuesday, March 23 McKinney Christian Academy boys varsity golf team competed in the 2021 Naaman Open at Firewheel Golf Park in Garland, Texas. Although the course was muddy, the Mustangs found success taking first place with an accumulated score of 309. Senior Peter Michael Clark scored the lowest at 74 followed by sophomore Mike Zhang with a score of 75. Juniors Trinton Nobles, Jack Mitas, and Jake Atherton also contributed to the team’s victory. Team captain Clark said, “I’m super proud of our whole team and the way we’ve played and also the way we’ve composed ourselves on and off the course. I’m blessed to have them and my coaches by my side for one last year. I’m looking forward to seeing what we do this year.”

The Mustang’s next tournament is the District Tournament on April 19 in Tyler at Eagles Bluff Golf course.