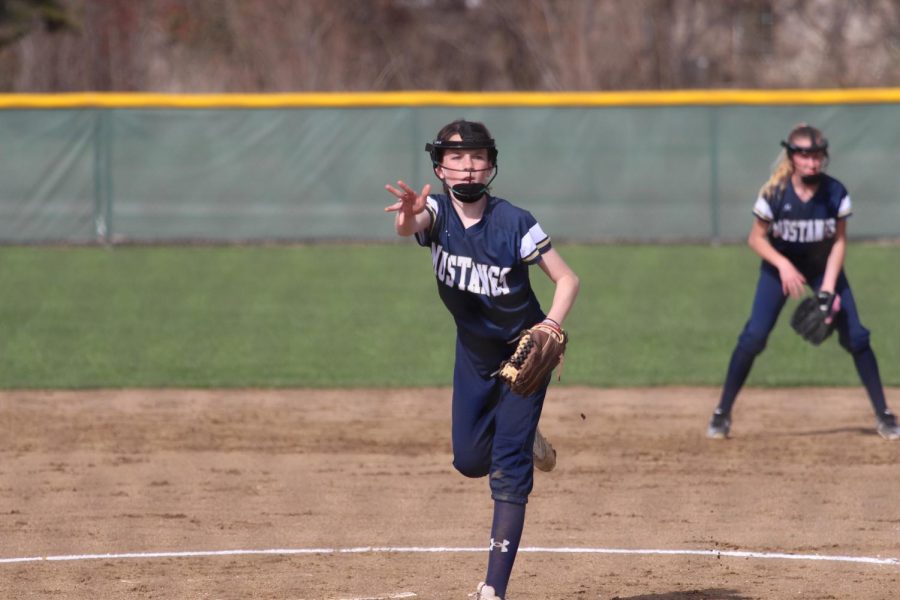 On Tuesday March 23, the Middle School softball team played at home against number one seed Prince of Peace in the TAPS league. The Mustangs battled but fell short and lost 10-1. Seventh grader, Sadie Zbranek, pitched the entire game and scored one run. When seventh grader Ryan Tessier was asked what the team should have done differently to change the outcome of the game she said, “I think the team needs to focus on the next play after making a mistake, instead of getting discouraged.” Tessier is excited to see the team grow and learn the game they love, this season.  The Mustangs next game is on Tuesday March 30 against Prince of Peace.