What is Good Friday?

The annual holiday on which we remember His ultimate sacrifice for us. 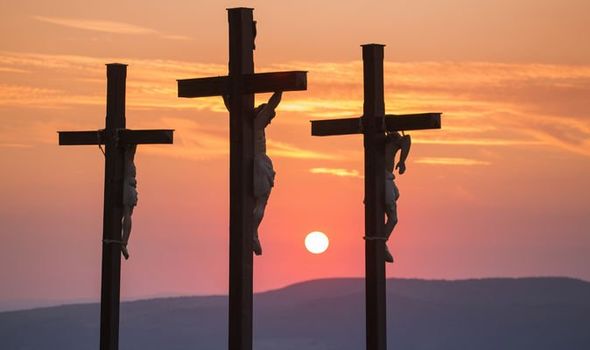 Jesus was nailed to the cross by his wrists and ankles to atone for our sins.

As Christians, this upcoming Friday is significant to our faith because it is the day on which we commemorate the Crucifixion of Jesus Christ. Each year, on the Friday before Easter, we remember the pain and suffering Jesus Christ willingly endured on the Cross as he died for our sins. The following Sunday is Easter, celebrating the day Christ rose from the dead and reigned over sin and death. Easter is a pivotal day in Christianity because it marks the day in which Christians believe Christ heralded a future resurrection for all who are united to Him by faith.

The night before His crucifixion, Jesus and His disciples took part in the Lord’s Supper and then headed to the Garden of Gethsemane. There, Jesus spent his last hours praying to the Father while his disciples slept nearby. Before sunrise, Jesus was arrested and then questioned by Sanhedrin, who condemned Him. Before he was condemned, Rome needed to approve of the sentence, so they sent Jesus to Pontius Pilate, the Roman governor of Judea. Pilate found no wrong and sent Jesus to Herod, King of Galilee. When Jesus refused to answer Herod’s questions, he was sent back to Pilate. Although Pilate found him innocent, he found himself pressured by the crowds to sentence Jesus to death. On that day, Jesus was mocked, beaten, spit on, and struck over the head with a staff. Stripped of all clothing, a crown of thorns surrounded his head as he was nailed to the cross by his ankles and wrists. The torment and agony Jesus suffered lead to the gift we reflect on this Friday, the remission of our sins. On his last breath, an earthquake rattled the ground and God’s people became clean of their sins.

Why is it considered “Good” Friday despite the torment Jesus underwent on the Cross? The name Good Friday truly is good because it marks the point in God’s plan in which He saves His people from their sin. To understand God’s forgiveness, we recognize the sacrifice behind our faith. This Friday is a time of mourning and reflection to commemorate the ultimate sacrifice of our Savior. When we accept Jesus Christ’s payment for sin, he washes away our sin and restores our right standing with God; God’s mercy and grace make salvation possible and we receive the gift of eternal life through Jesus Christ. “For God so loved the world, that he gave his only Son, that whoever believes in him should not perish but have eternal life” (John 3:16).