Middle School Performs The Ever After 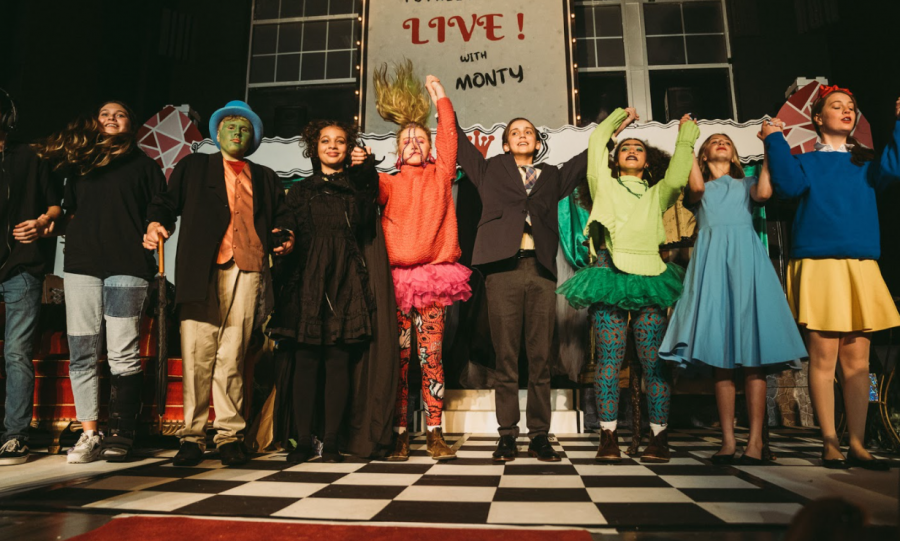 On April 8 and 9, Middle School theater performed The Ever After by Nathan Hartswick. On Thursday Seventh graders held there show and Friday night was the Eighth graders show. This One Act play is a talk show where the host, Monty, invites iconic disney characters reconcile on live television such as Cinderella and her evil stepsisters, Snow White and the Evil Queen and Naveen from Princess and the Frog. Seventh grader and lead actor Adam Gicheru says, “sometimes it looked like things weren’t going to work out, but we made it through and in the end, everything turned out great!”

The Middle Schoolers’ hard work paid off as they made the audience laugh through the entire performance. They had to overcome many challenges such as covid cases, injuries and the snow storm. Theater teacher Julie Tucker said, “We just had to keep persevering with all the challenges that were thrown our way and thankfully, the kids had enough time to practice and pulled off an awesome show!”