Middle School Softball Wins on Last Hit of the Game

Girls softball team plays in two games winning one and losing another. 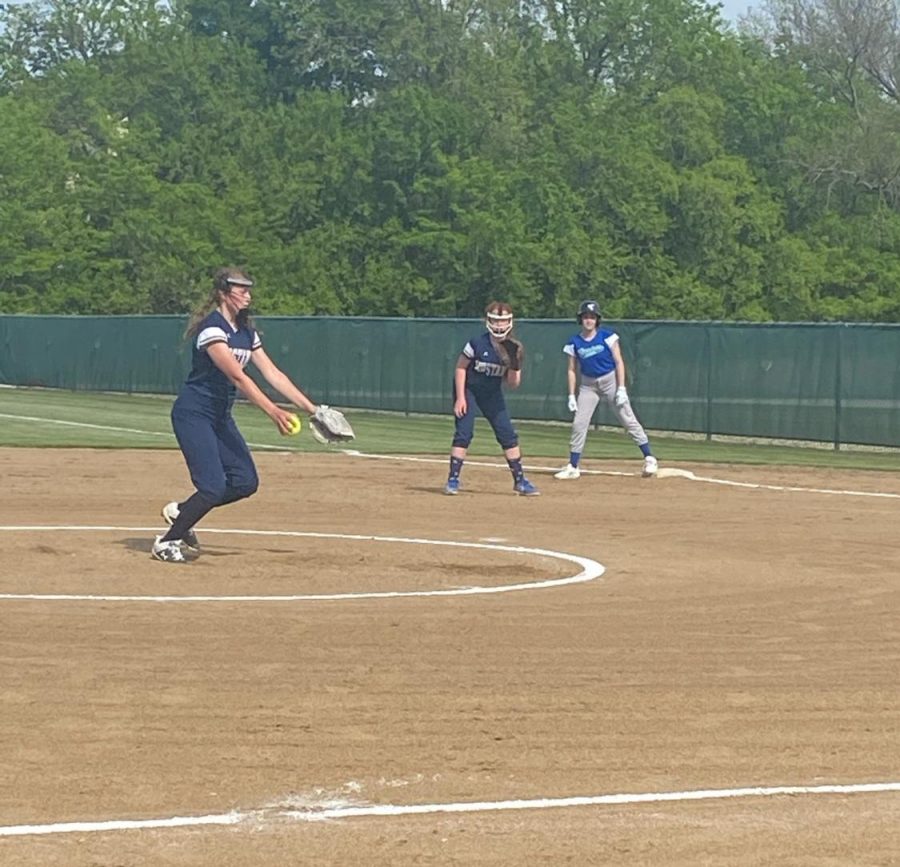 Eighth grader Ella Van Voorst in motion as she pitches the ball.

On Tuesday, April 13 the Middle School softball team played away against Trinity Christian Academy. They came up short losing 10-6. Eighth graders Ryan Tessier, Ella Van Voorst and 7th grader Riley Jones led the team on the offensive side with having the most hits in the game. Tessier and 6th grader Madison White made a big play to tag someone out at home to make sure TCA didn’t score another run. Tessier explains the difference the way they improved in their first game against TCA and in the game they just played saying “It’s honestly amazing how different we played the second time and we are a whole new team.”

The Mustangs played again on Monday, April 19th at home against Lakehill Prep. They started out the game down 8-6 but later tied it up 11-11 going into the final inning of the game. With bases loaded and two outs for the Mustangs, 7th grader Riley Jones hit a ball into the outfield to score the winning run. Jones got on base every time she got up to bat. The Mustangs ended up winning 12-11 with the game winning hit. They play their next game on April 22nd away against Parish Episcopal.