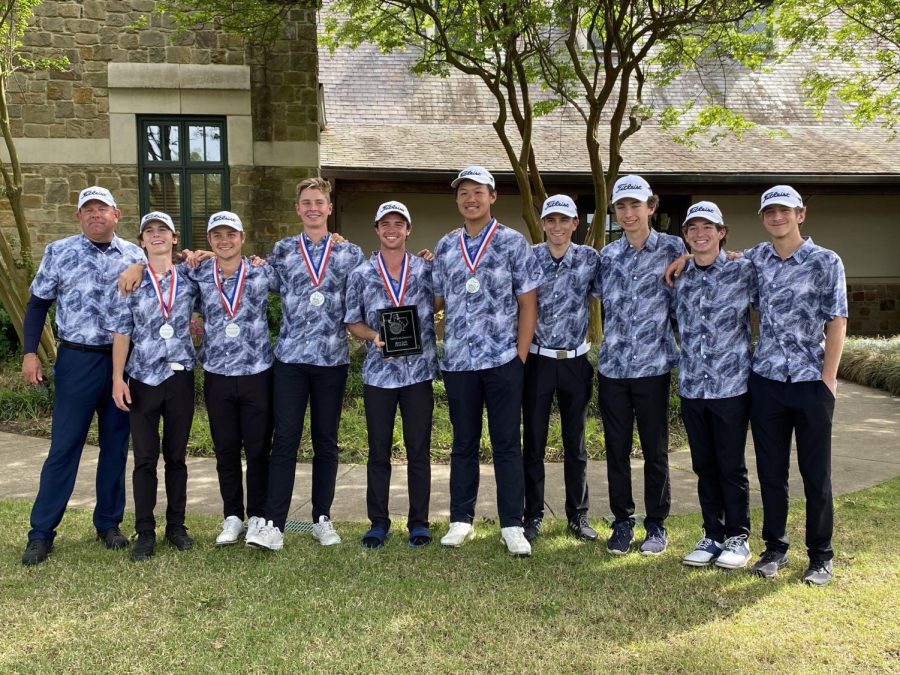 Boys Golf poses for a picture with their medals after winning the District Championship.

On Monday, April 19, the golf team travelled to Eagles Bluff Country Club in Bullard for the district tournament. The boys and girls teams both qualified for Regionals with the boys becoming District Champions and the girls finishing runner-up. Senior captain Peter Clark finished with top honors in the district after shooting a 71, five strokes lower than the second place finisher. Juniors Jack Mitas and Trinton Nobles also finished in the top five with Mitas placing fourth with a 79 and Nobles placing fifth with an 80. The boys won district by 20 strokes with a 311 stroke final score. “The annihilation has just begun,” Clark said when asked about his mindset the rest of the way. The girls runner-up finish in the District Tournament was led by junior Rebekah Impiciccini with a 103, placing second individually. Girls head coach Mackenzie Matthews stated after advancing to Regionals, “My hopes for regionals is that the team goes out there and plays the best that they can because at the end of the day that is all a coach could ask for. The team as a whole is a group of talented athletes and they have the makings for state.” Both teams will play in the Regional Tournament on April 26 at Southern Oaks Golf Club in Burleson.