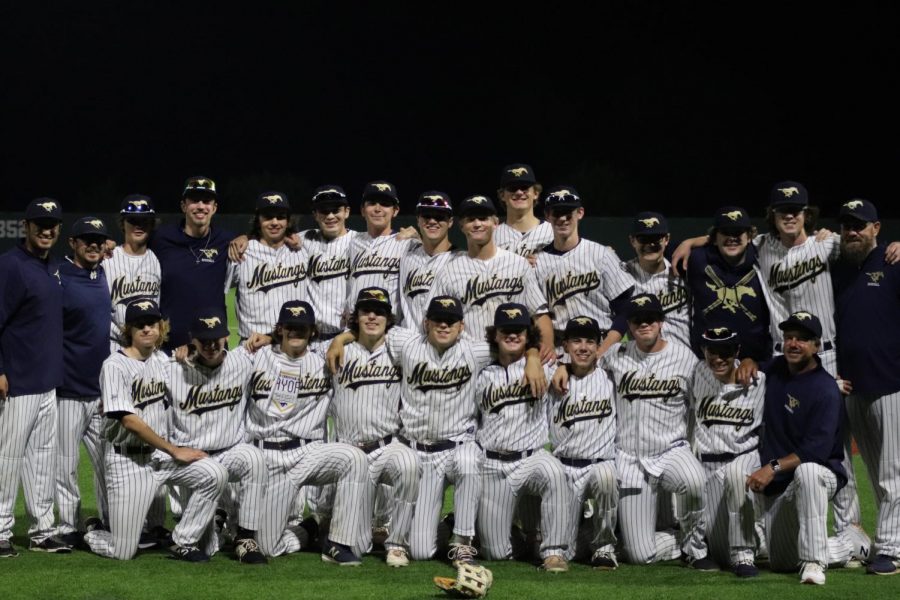 The Mustang baseball team poses after a big win.

Thursday, April 29, the Mustangs faced off against Coram Deo in the Bi-District round of the baseball state playoffs. The Mustangs took a commanding lead in the bottom of the second and never gave up. Senior Ryan Radtke and junior Greg Jessup both recorded RBIs in the 5-2 win over the Lions. Senior Cooper Roach pitched six innings for the Mustangs and collected five strikeouts before he was relieved by senior Jake Gerardis in the seventh. Senior Hudson Cross and Gerardis both led the team in hits, recording two each. When asked about the upcoming Area round game Cross stated “This is one of the tougher teams in TAPPS but we’ve beat them before and we’ll beat them again.” The Mustangs will take on Grapevine Faith on Tuesday, May 4, for the Area round of the state playoffs.