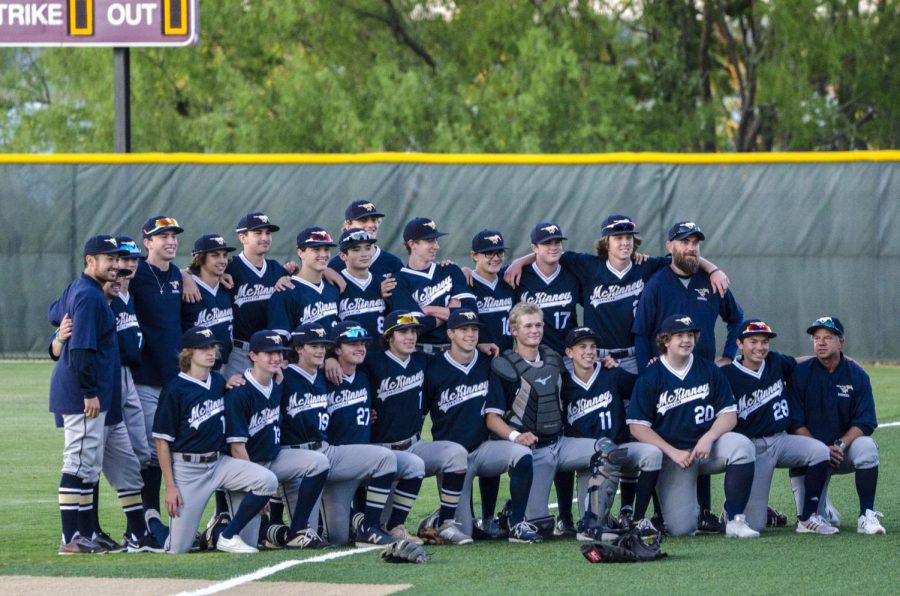 The baseball team takes a group photo after the win.

On Tuesday, May 4, the Mustangs defeated Grapevine Faith Christian 4-2. The Mustangs were down 0-2 until the 4th inning when senior Hudson Cross hit a two RBI Double to tie the game. Senior Ryan Radtke pitched all seven innings throwing eight strikeouts and only allowing two runs on three hits. The Mustangs had nine hits throughout the whole game which allowed them to put up 4 runs. Radtke, Cross, and senior Jake Gerardis each had multiple hits to lead the offense. Radtke had this to say about the game,” We played our hearts out and came through when it counted. I couldn’t ask for a better group of guys to ride the gravy train with.” The Mustangs are now the Area Champions and will advance to Regionals to take on Emery Weiner this Saturday, May 8 at Lake Belton High School at 1 p.m.