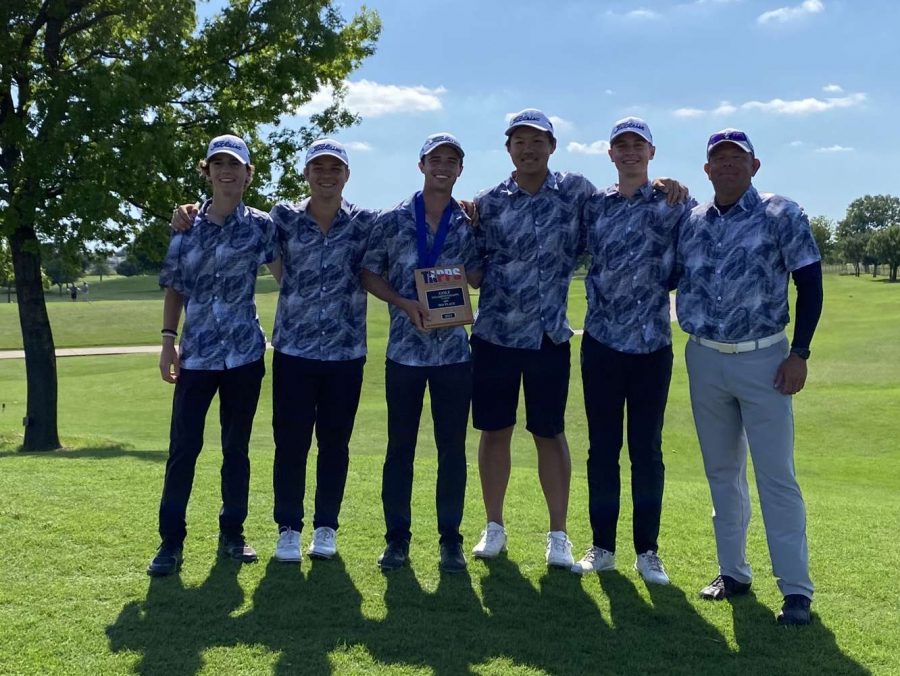 On May 3 and May 4, the varsity golf team traveled down to the Cottonwood Creek Golf Course in Waco to compete in the TAPPS State Tournament. Senior captain Peter Clark finished ninth overall and shot 76-74. Junior Rebekah Impiccini shot 93-103. Junior Trinton Nobles shot 75-77. Junior Jack Mitas shot 75-78. Sophomore Mike Zhang shot 81-82. Junior Jake Atherton shot 89-82. When Clark was asked his favorite memory from the season and how he thought MCA performed at the tournament he said, “My favorite memory from this year was always driving to and from tournaments with the team, and also our putting contest we had in the hallways at the hotels. I was super happy with the way the boys and Rebekah performed in state. For a lot of them, it was their first time in that type of pressure and they put up really solid numbers. It is always an honor to finish in the top three in any state competition and to have it in my last year as a Mustang is very special. I’m super proud of every single one of them!” The Mustang golf team has a bright future ahead of them in the upcoming years.