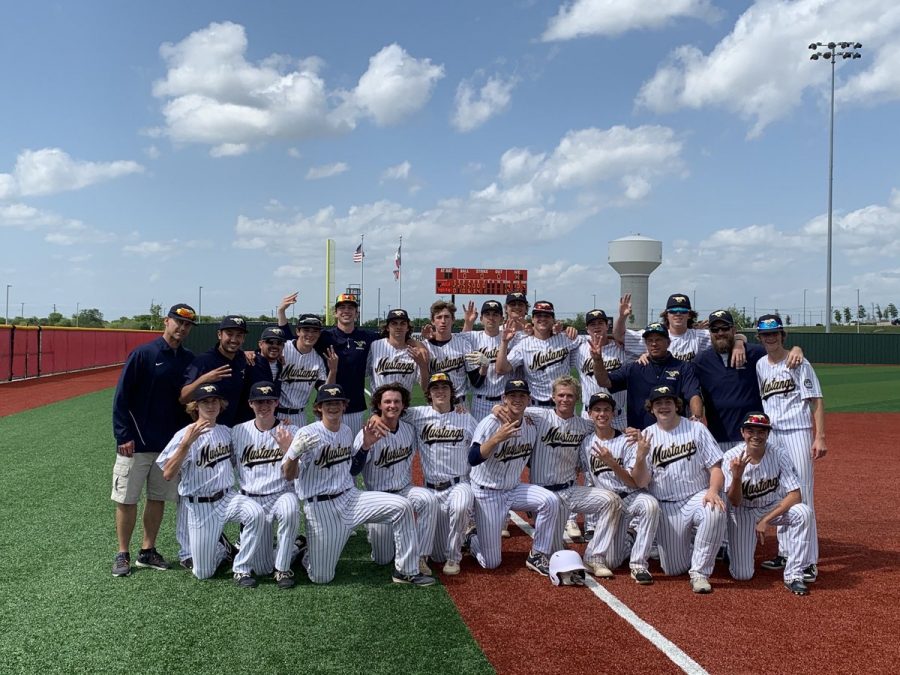 The Mustangs varsity baseball team made school history winning the Regional Championship on Saturday, May 8 against The Emery/Weiner School of Houston, Texas. The first three innings proved to be slow for the Mustangs with only one run, trailing behind Emery by 13 runs. In the bottom of the fourth inning the Mustangs started gaining momentum bringing the score from 1-14 to 7-14. Junior Greg Jessup pitched four scoreless innings allowing the Mustangs to come back and win the game 15-14. When asked about the game Jessup said, “Emery was a hard team but we ended up coming out on top. That game was the most energetic game of my life. I’m glad to have another game with our seniors, we are looking forward to the State Tournament.” The Mustangs are now in the State Tournament as one of the final four teams left in the state. The Mustangs next game is the state semifinals where they will take on Southwest Christian in Waco, Texas at 6 p.m. on Wednesday, May 12.