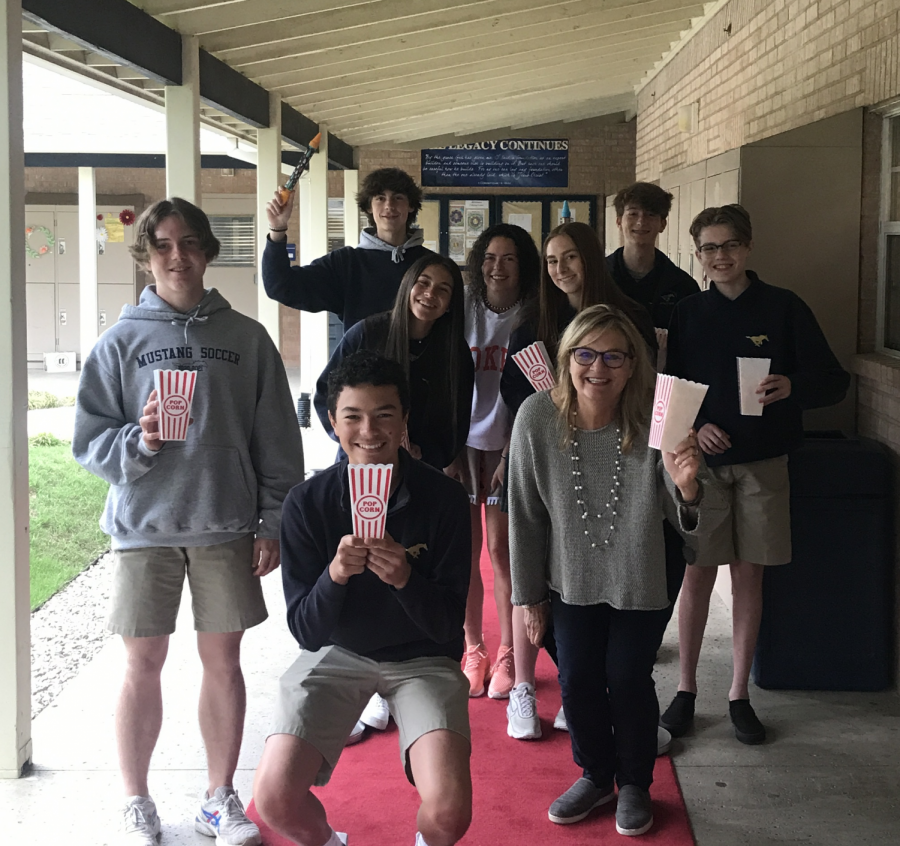 Students pose for a picture on the red carpet.

On Monday, May 10 the Graphic Design class showcased their PSA videos in a movie premiere. The classroom was decorated with the movie posters that the groups created to advertise their videos and the movies were presented on the large tv. The students planned, acted, and edited their videos for the majority of the fourth quarter. The PSA videos covered several topics like bullying, social media, speeding, pollution and drunk driving. These videos intend to warn and educate those who watch and try to help them not make the same mistakes as those in the videos. Leading into the classroom was a 15-foot red carpet and inside students were provided with popcorn and beverages. After watching all of the movies, groups were given awards for their videos. When asked about the event graphic design teacher April Doyle stated “The first year we began learning Premiere Pro, I decided it would be fun to showcase the videos like an Oscar Night since none of the teams had seen each other’s videos. I added a movie poster design as part of the project to help “market” the upcoming attractions. Then, to make it more fun, we invite outside guests, have popcorn and awards. It’s a great way to end the year.” This event was also a reward to the class to celebrate all that they had learned and finishing the year of graphic design.