McKinney Christian Academy gathers a team of three to participate in the McKinney Playtri Triathlon. 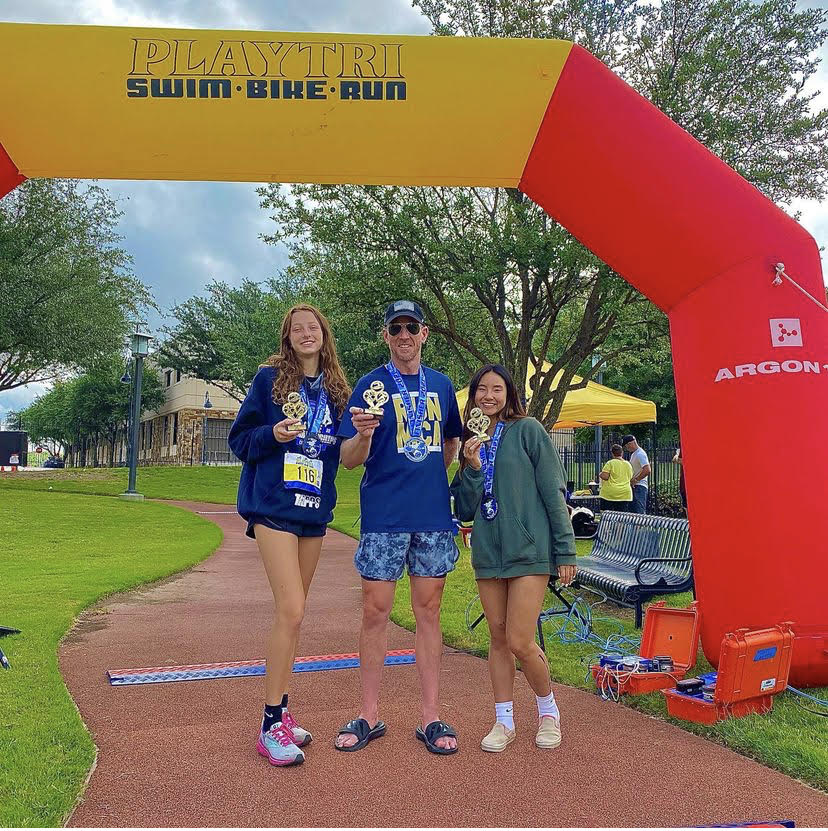 Team MCA poses with their first place trophies at the finish line.

On Sunday morning, August 29, McKinney Christian Academy gathered a team of three to participate in the Playtri McKinney Triathlon at Craig Ranch Fitness and Spa. Junior Tiffany Nordstrom swam the 300 meter pool swim, Cross Country coach Rhett McKeller biked 12 miles and sophomore Reagan Pogue ran the 5k leg. First, swimmers took to their mark for a 7 a.m. start. Nordstrom was the fifth person to enter the pool, but in passing three others, she came out as second in the transition to McKeller. “I have been swimming competitively for eight years. Singing songs in my head always helps me get through the race,” said Nordstrom. McKeller took off on a 12-mile bike ride where he maintained an average pace of 25.17 miles per hour. Competing in a cross country race the day prior to the triathlon did not stop Pogue as she completed the 5k leg with a time of 27:53. Pogue said, “I had a great time competing in the triathlon and I would definitely do it again if I get the chance.”

With a total time of 1:01:58,  Team MCA achieved first place overall. Team MCA came ready to compete, have fun, and honor God. With Pogue and McKeller returning to cross country and Nordstrom returning to swimming to train for their season, they are sure to dominate again next year.