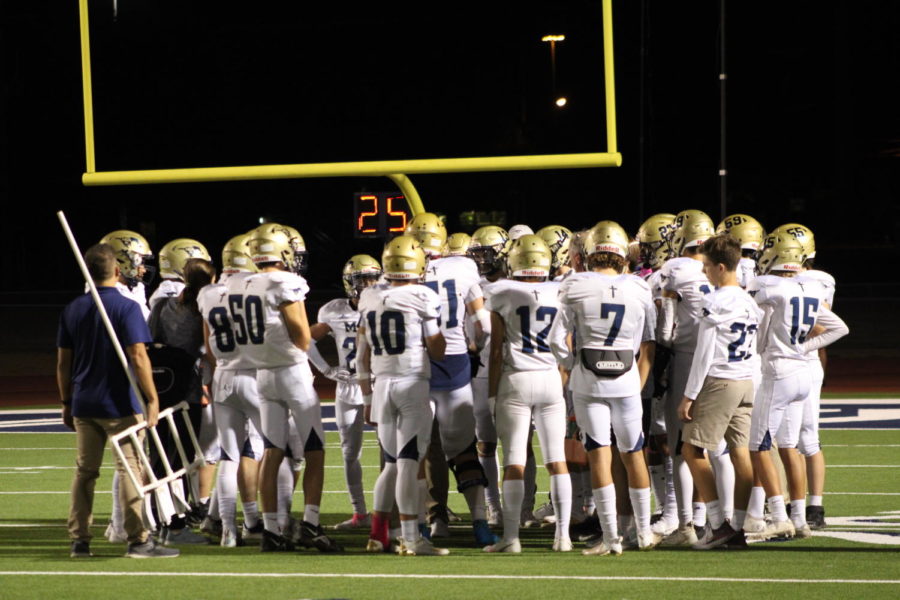 On Friday October 22nd, McKinney Christian Academy varsity football team played Brook Hill at Ron Poe Stadium in McKinney. Senior, Zeke Long had two touchdowns in the game against Brook Hill. Long scored 12 points total for the Mustangs. Senior, Sutton Mayberry, had one touchdown  and sophomore, Noah Wheeler, had one touchdown, scoring six points for the Mustangs. Sophomore, Cash Etheredge says “The game was tough, but we played good. I wish we won for senior night.” At half time the score was 28-14, the Mustangs were losing. But the Mustangs came back to tie the game 35-35 but Brook Hill took the lead in the last quarter making the final score 35-56.