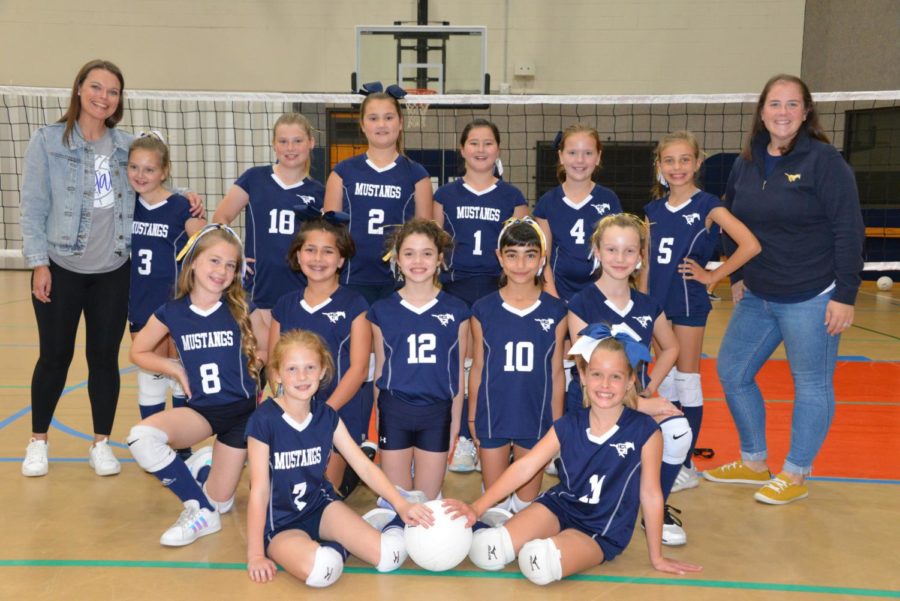 The McKinney Christian Academy Lower School Lil Stangs just finished their fall season of volleyball. There were five teams that participated in the volleyball league. The fifth grade team got second place in their league. Coach Stephanie Mejan says, “Most of my athletes had very little experience playing volleyball, yet picked it up naturally. We learned a lot, won a lot of games, and even learned how to deal with a tough loss against a much more experienced team. My personal favorite thing about this group of girls is their enthusiasm for hard work and togetherness.” The first grade Lil Stangs team placed second in their division. First grade Coach Stacy Weller says, “First grade had a great season. The girls improved a remarkable amount from the first practice to our final game. The best part of the season was that by the end, every single player had scored at least one point with their serve.”