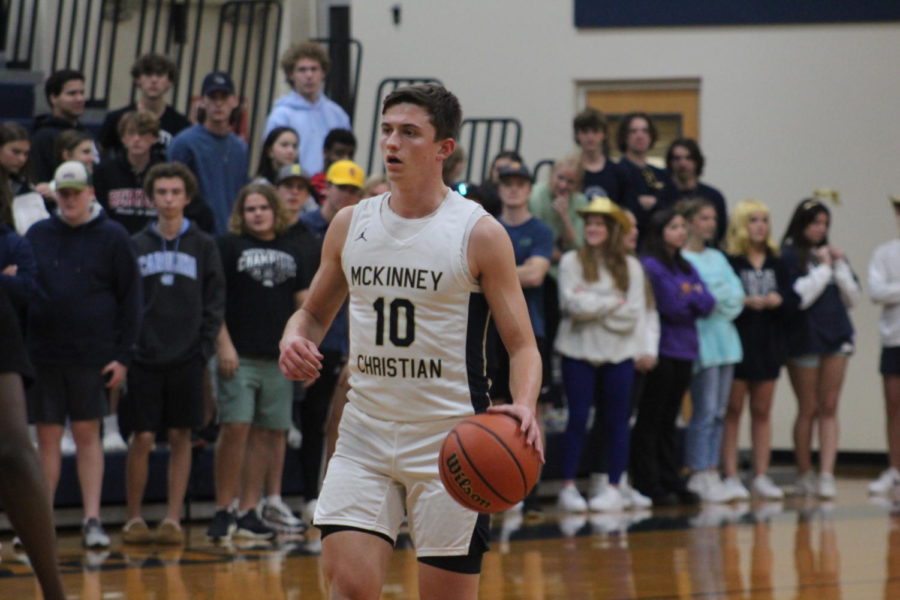 Junior Bobby McWard dribbles down the court against Bishop Lynch.

The boys Varsity Basketball team opened up their season against the Shelton Chargers at home on Thursday, November 11. The Mustangs beat Shelton by 40 points last season and would achieve similar results in their game Thursday night. The Mustangs would win the game 101-27. Senior Jaylen Johnson finished the game with 32 points. Johnson commented, “It was a great game and my teammates put me in the best position to score.”

On Friday, November 12, the Mustangs hosted a 6A team, the Bishop Lynch Friars. This was a fast paced game that had a lot of lead changes. The Mustangs would battle hard to comeback, but it wasn’t enough as they lost by three points. The Friars secured more rebounds than the Mustangs, allowing them to get a 59-56 win. Senior Josh Thrower was the leading scorer for the Mustangs with 28 points. Thrower said this about the game, “ It was a tough loss, but we’ve got to keep our heads up and keep fighting.” The Mustangs next will be attending a tournament in San Antonio on November 17 and their next home game is on Tuesday, November 23 against Grace Prep.