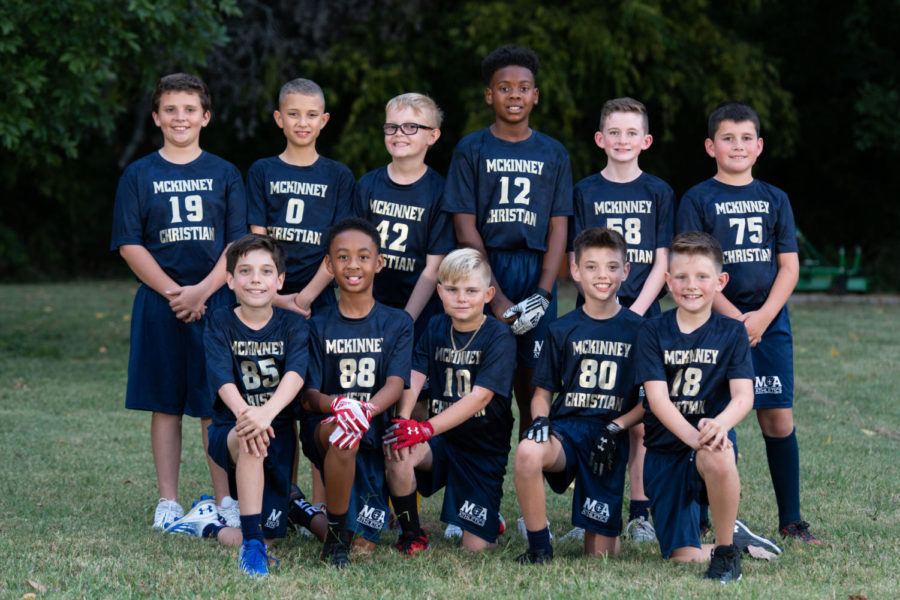 The 5th grade Lil Stangs pose for a photo.

The Lil Stangs football team’s season has come to an end. The fourth grade team finished the season in second place with six wins and four losses. They lost their last game in the championships to the only undefeated team, the Warriors. The fifth grade Mustangs played in a Plano Sports Association league in the fall to prepare for the next season. When asked about the season, fifth grade coach Jason Mevius said, “The team had a great season and improved every game, but lost a tough game to their rivals in the playoffs. The boys continually live the “He We Me” attitude and make their school and parents proud.” The Lil Stangs represented MCA by learning and displaying good sportsmanship to their opposing teams. While the season may be over, the Lil Stangs are anxious to compete and make more memories next season.