The Mustangs combined for 22 goals in wins. 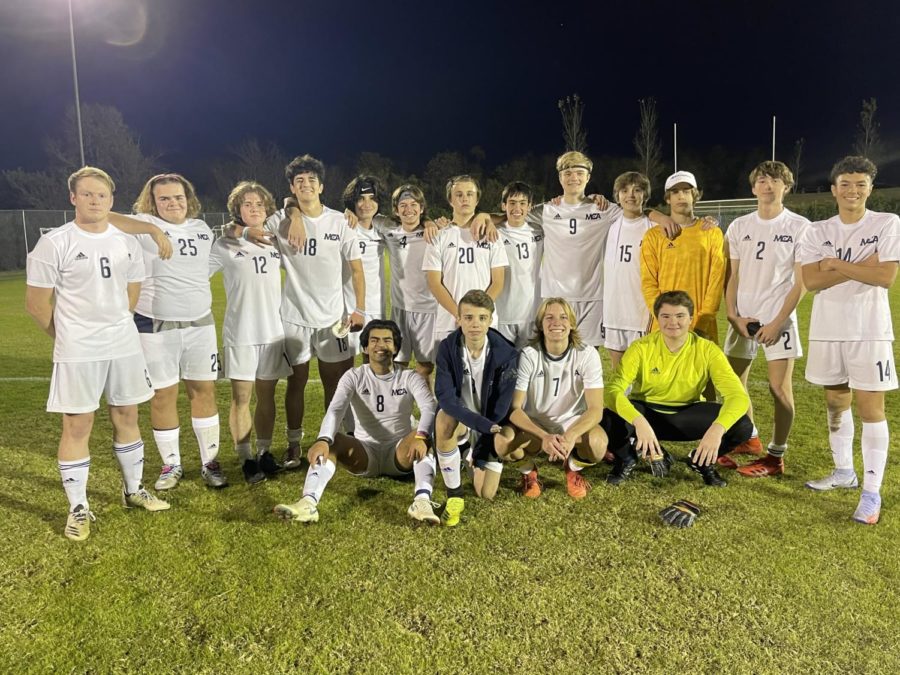 The Mustangs boys team takes a group photo after the win.

On Monday, November 29, the Mustangs soccer teams both played Irving Highlands in non-district matchups. Both boys and girls combined to score for 20 goals, as both squads won. Sophomore Breckin Billington and senior Maddox Pederson both scored hat tricks, with the final score being 11-5. It was the first win of the season for them. When asked about getting that first win of the year, Junior Tyler Swearingen said, “It was vital for the team, we’re ready to get that second win Thursday against Shelton.” The Mustangs will play the Chargers of Shelton at home on Thursday, December 2 at 3:30.

The Lady Mustangs also won against Irving Highlands. Similar to the boys, the girls also scored 11 goals but gave up just one goal. Sophomore Ava Thompson and freshman Casey Gerardis both scored hat tricks in the victory over the Blazers.