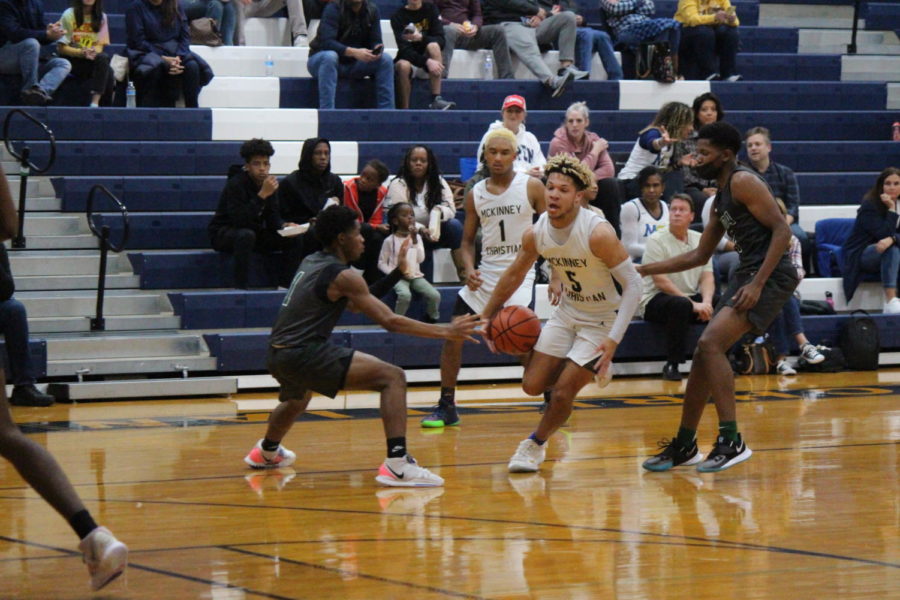 On Monday, December 6, the McKinney Christian Academy Varsity Boy’s Basketball team played North Dallas Adventist Academy at home. The Mustangs fought hard and were able to secure the 79-36 win. The leading scorers were senior Zeke Long and junior Bobby McWard. Long scored 19 points and got four assists. McWard scored 20 points and got three assists. When asked about the team’s performance Long stated “We performed very well because it was a revenge game, we wanted to beat them by 40 and we did.” The Varsity Boy’s Basketball team plays again on Friday, December 10 against Our Savior Lutheran from New York.