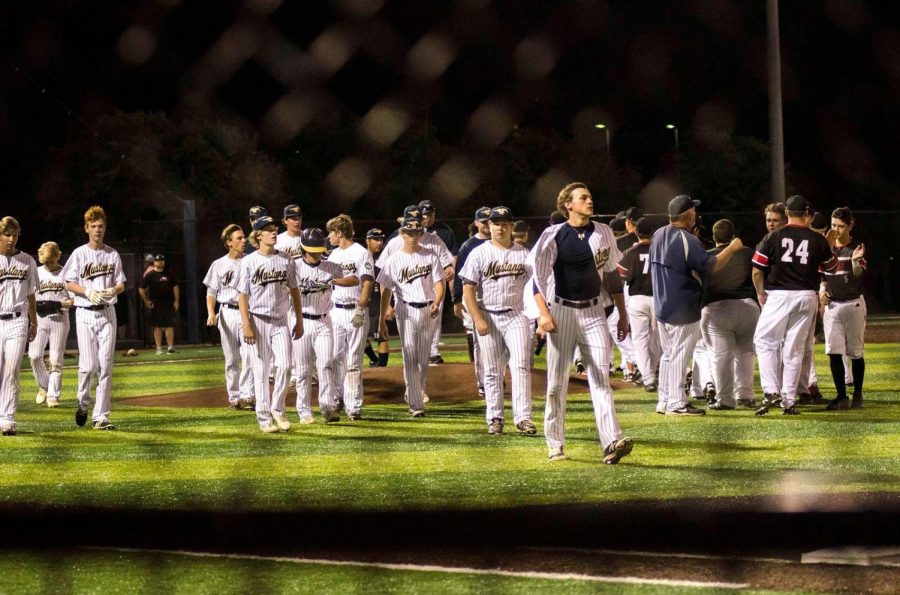 The Varsity Baseball team walks off the field after their last game of the season.

The Mustangs had a school record-breaking district and playoff season.

The Mustangs had their final game of the season on Friday night against Pantego Christian. Many fans came out to support the Mustangs as they competed to advance to the state tournament. The Mustangs started off the game with a run in the first inning with a triple by Junior shortstop Syler Gabel. The entire game was very close as to who would win. Both teams were after the first inning scoreless until an eventful fifth inning, when both teams scored four runs each. Then in the sixth inning, the Panthers tied up the playing field 5-5. The Panthers scored again in the seventh inning, and after a competitive game, the Mustangs lost 7-5. The Mustangs had the most successful district and non-district season with the most wins in MCA history.