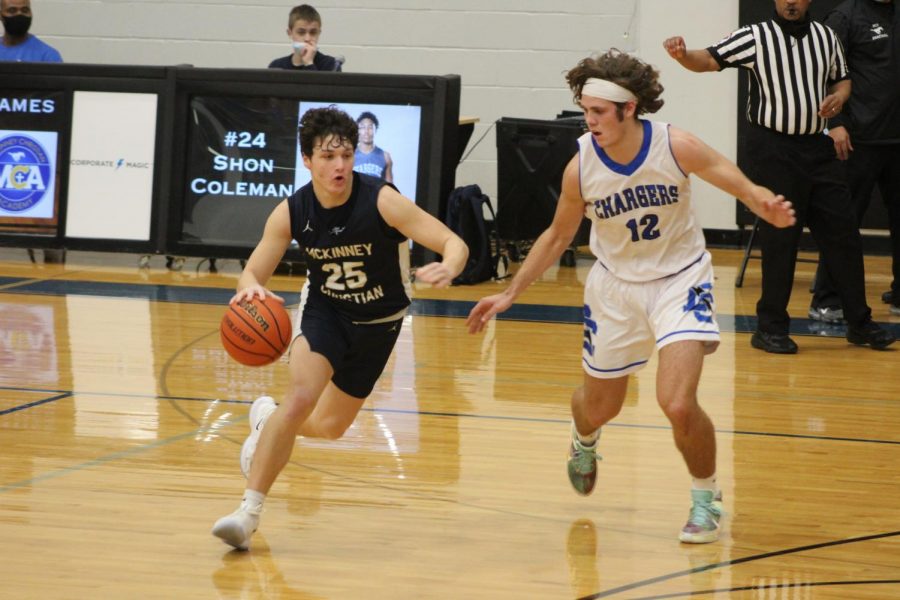 Senior Hudson Cross goes in for the score.

On Friday, February 12 the Mustangs Varsity Boys basketball team faced off against Brook Hill in the district round robin tournament hosted by Dallas Christian. The game started slow for the Mustangs down 21-27 at halftime. In the second half, they made a big run and won 60-49. Unfortunately, the rest of tournament was postponed due to weather.

The Mustangs played again on Monday, February 22 against Dallas Christian in the district tournament championship. They were victorious once again winning 53-43. Senior Hudson Cross said, “I think that the team executed our game plan really well which was to out rebound a team that had a lot more height than we did. We need to focus on each round going into the playoffs and not look past our opponent.” The Mustangs play again on February 26 at 6 p.m. against Frassati Catholic at home.